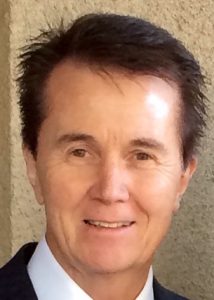 DEAN McCLURE (Playwright/Composer)Dean began his career as a folksinger/songwriter, performing throughout the U.S. on the same circuit as Steve Martin, John Denver, Kenny Rogers and others.  His songs have been recorded by both country and pop artists, and he  composed the musical score for the documentary “No Need To Hide” narrated and hosted by Art Linkletter.   His love of story led him to writing screenplays, including work for the Disney Channel.  But it was the writing of “When You Wish” that ultimately brought his love of story and music together under one umbrella.

Dean’s dream to bring the life story of Walt Disney to the stage has a rather magical beginning.  It was born out of his daughter Heather’s childhood dream to one day dance in a Disneyland Parade.  One summer, when she was in college, her dream came true.  Dean and his wife Helen were standing on Main Street at Disneyland, watching their daughter pass by in the parade when Dean was struck by the thought:  “Why hasn’t someone done a Broadway Musical on the life of Walt Disney?”

He spent the next eighteen months researching and writing the first draft of the book (the play) and composing the initial six songs.  He introduced his concept of the musical to movie producer Larry Gordon (Field of Dreams), who commented that Walt Disney’s story as a musical was the greatest idea he had heard of in decades!!  And so began the journey to bring When You Wish to the stage.  Along the way Dean was privileged to have the late Roy Disney as his creative guide, and was also granted the blessing and permission to proceed by Walt Disney’s daughter, Diane.  In 2014, Dean received two L.A. Ovation Award nominations – Best Book for a Musical and Best Score – for the Freud Playhouse workshop production of “When You Wish.”

Dean has commented,”If there’s anything I’ve learned from the life of Walt Disney, it’s that no matter what we see on the nightly news, the world isn’t all bad.  And by having the courage to dream, we can make it better.